An integral part of preventing school violence involves knowing students individually, building relationships with them, and noticing subtle, gradual, or dramatic behavioral changes, according to a school safety expert. And school counselors, whose roles and responsibilities focus on understanding the students, their interests, worries, and behavioral concerns, are essential contributors to an effective violence prevention plan. 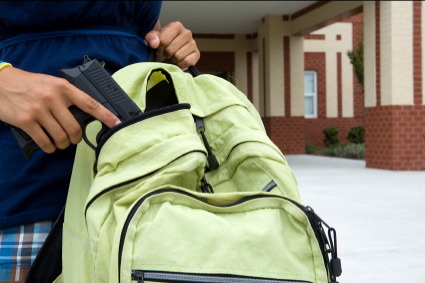 Kenneth Trump, president of National School Safety and Security Services, said that the way school counselors get to know students differs from how teachers, principals or other school administrators know students. They specialize in kids’ social and emotional needs, identifying the “red flags” that signal a particular child is heading into circumstances that could possibly escalate into violence.

He stressed that it’s not simply a “type” of personality, conduct or appearance that lends itself to violence, but rather changes in behavior, subtle or dramatic, such as falling grades, sudden depression, or increased alcohol or substance abuse, that schools need to take notice of, and the only way to recognize altered patterns of behavior is for someone, as in the school counselor, to take note of them, and bring them to the school’s attention.

“Too often when we talk about school safety, people are looking for some sort of checklist that they can go through to determine who the next killer is but the reality is that the key is knowing individual students, having relationships, and recognizing changes in behavior,” Trump said, whose company works with schools providing school security assessments, school emergency planning and reviews, and professional development services related to violence prevention and intervention.

Safety in the form of cameras and security personnel are needed to provide safe hallways and buildings, but at the same time, school counselors need to be able to work directly with kids, either going into classrooms to deliver school guidance curriculum, or working one-on-one and in small group situations. In other words, a student has to feel safe walking down a hallway to reach the school counselor’s office, Trump said.

Violence in U.S. schools takes the form of bullying, physical fights, stealing, or students threatened with weapons such as knives, clubs, or guns. According to a U.S. Centers for Disease Control survey, 16.3% of students, grades 9 through 12, reported being in a physical fight on school property in 2007 during the twelve months preceding the survey. Approximately 27.1% reported having property stolen, and 5.9% reported carrying a weapon (gun, knife or club) on school property on one or more days.

Because high schools typically experience more extreme violence than middle or grade schools, more attention is usually placed on safety for this age group, yet school counselors also note the need to start violence prevention in earlier grades. In fact, many researchers argue that this approach often serves as the most effective preventive measure.

A definite causal link between any one behavior and a future violent act doesn’t exist, according to Myrna Shure, developer of the “I Can Problem Solve” (ICPS) curriculum, published by Research Press Publishers. Yet a combination or pattern of early problems often leads to future problems, the Drexel University professor and researcher said. ICPS addresses cognitive problem-solving skills that relate to overt high risk behaviors as early as preschool.

Shure identifies the following as early high risk behaviors: physical and verbal aggression, social withdrawal, the inability to wait or cope with frustration, lack of pro-social behaviors, such as caring and empathy; and relational aggression. For forty years, Shure has studied the link between these behaviors and poor problem-solving skills, and her research and the nationally recognized ICPS program focuses on this cognitive-behavioral connection.

“This type of aggression is worse than physical aggression,” she said. “When you’re kicked, the pain lasts for a minute. But when someone is treated this way every day, then the child starts to wonder what’s wrong with himself or herself, and then the child doesn’t want to come to school.”

Another word for this type of behavior is bullying, and while bullying isn’t a separate topic in the ICPS curriculum, the way the program approaches problem-solving helps children cope with being bullied. Using ICPS, schools empower kids to come up with their own solutions to problems rather than having an adult come up with the solution, giving kids more ownership, and resulting in more kids carrying through with solutions.

Alternatively, when adults tell children how to solve a problem, they may tune out, Shure said. Citing an example from a school that uses ICPS, Shure explained how a teacher was helping a student when another student approached her asking for something. The teacher explained that she was helping another child at the moment, asking the child if she could think of something different to do while she waits. Because the ICPS curriculum uses the word “different” in exercises and games designed for problem-solving, the child immediately recognized the concept, went to the art easel, and started painting.

“If the teacher had told the child to paint, it probably wouldn’t have happened,” Shure said.

School counselors work with the entire school’s staff on implementing ICPS so that everyone – teachers, principals, nurses, social worker and psychologists – approach problem-solving in a consistent manner. Additionally, when working with children one-on-one or in small groups, school counselors use the same method of dialoguing or talking with the kids.

One of Shure’s favorite examples of how ICPS teaches kids how to think on their feet involves a student who was meanly called “Bacon” by other students because of his weight. The overweight child, responding to the taunts, turned on the name callers one day, saying: “Yeah, and I sizzle; I sizzle.” Instead of walking away and pouting, a sign of weakness to other kids, the child used an alternative approach, surprising the teasers and putting an end to the bullying.

“He didn’t just react,” Shure said. “He learned how to cope differently.”

Back to the top