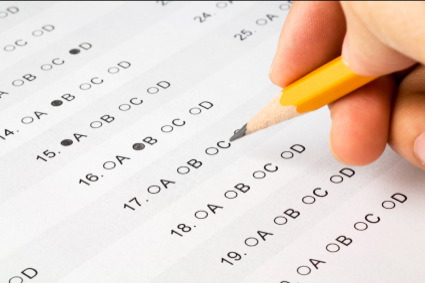 Academic achievement has become an educational touchstone since the passage of the federal No Child Left Behind Act in 2001, requiring all educators – including school counselors – to formally define how their jobs and programs impact students’ academic growth and contribute to overall school success.

The definition of academic achievement, however, varies among educators, policymakers and other educational stakeholders.

NCLB sets testing benchmarks in reading and math to try and capture academic progress. The law mandates that all schools meet proficiency standards, established by the individual states, in reading and math by the year 2014 – or lose federal funding.

But many suspected that states, worried about losing their funding, began lowering their tests’ proficiency standards, and a 2009 report by the U.S. Department of Education partially confirmed this suspicion. It found that 15 states lowered their proficiency standards between 2005 and 2007 on at least one fourth- or eighth- grade reading or math test.

Other ways of meeting the mandates set by NCLB have also backfired. A study published in 2008 by a number of Texas education researchers from Rice University and the University of Texas-Austin found that Texas’ public school accountability system, the model for NCLB, actually contributed to lower graduation rates. Fearing that struggling ninth graders would bring down tenth-grade results on NCLB, high school administrators held back students, and these students were much more likely to not finish high school.

America’s Promise Alliance, founded by Gen. Colin Powell and now headed by his wife, Alma Powell, reports that nearly one in three U.S. high school students – or approximately 1.3 million students each year – fails to graduate. The problem deepens among minority students as close to 50 percent of African American and Hispanic students fail to complete high school. Additionally, about 50 percent of those who do graduate with a diploma are not prepared for college, a career, or success in life, according to the Alliance.

What do graduation rates, proficiency tests, and under-prepared graduates – in short, attempts to define academic achievement and success – have to do with school counselors?

Everything, according to school counselors and education researchers. Regardless of whether or not NCLB works as it was initially designed, or lawmakers end up redesigning it or replacing it with something else, education reform is part of the national discussion and, according to lawmakers, a top national priority. As schools continue to struggle with raising academic achievement, school counselors increasingly are seen as critical to solving this nationwide problem.

In the journal article, “School Counselors and Principals: Partners in Support of Academic Achievement,” two counseling educators discuss the evolving leadership and advocacy roles of the school counselor. They write of the increased need for school counselors and principals to work together in the effort to move schools toward rigorous academic achievement.

Assistant Professor Carolyn Stone from the University of North Florida in Jacksonville, and Assistant Professor Mary Ann Clark of Old Dominion University in Norfolk, Va., argue that the role of the school counselor has shifted dramatically from its more traditional role. In the past, school counselors were seen as peripheral or ancillary to main school functions and academic achievement, instead focusing on small segments of the student population, such as at-risk or high achieving students. But their role now includes working with and supporting all children, aligning themselves with student achievement and school success.

“Educational reform and numerous societal changes have both contributed to the need for a shift in the role of the school counselor to educational leader who establishes a vision and belief in the development of high aspirations for every child,” the article states.

Leadership starts with collaboration and consultation with those people integral to the students’ lives, such as teachers, administrators, family and other community members, according to the article. And this type of partnership is what school counselors are uniquely qualified to offer the educational community. If a student has an outside barrier to learning, for example, such as lack of food or clothing, the school counselor refers the family to the appropriate community agency.

But going into classrooms and delivering lessons isn’t an end in itself. The American School Counseling Association initiated a school counseling model in 2003 that stressed the importance of assessment and measurement tools in helping school counselors to effectively gauge and derive meaningful data, on the impact of counseling programs.

ASCA recommends taking the gathered data and reporting the results to school boards and other school personnel, increasing the visibility of how these counseling programs are highly correlated with improved test scores and grade point averages, and with applicable skills that translate into productive, contributing members of the community and our workforce.

Jon Strand, K-6 school counselor for the Fall Creek School District, Fall Creek, Wis., is assessing his curriculum program that he initiated a year ago. Before teaching a lesson on relationship building to children in grades three through five, he gave the kids a pre-test to survey their knowledge on the subject. After the multi-lesson unit, he gave them a post-test to measure progress.

Strand’s results will be used to show how the program is working, or if not, what needs to be changed in order to make it work. Entering the counseling field five years ago after working in law enforcement for seven years, Strand also credits the curriculum with giving him reinforcement in the form of a common language when working individually with kids who need more individual help.

“For those who need extra work, we keep the same terminology of the lessons, and I remind them, for example when they’re angry, of the skills and concepts we talked about in class,” Strand said.

Similarly, many schools now give students an overall “school health survey,”
asking questions about how safe the students feel at school, whether or not they are bullied, and if the school culture adequately resolves conflicts and disputes.

Most educators today agree that children who come to school feeling unsafe, anxious and fearful of other students, simply can’t thrive. In other words, if 80 percent of the student population report feeling unsafe, then academic achievement at that school will undoubtedly be poor or sub-standard.

School counselors take a leadership role in curing a “sick” or “unsafe” school environment. By going into classrooms and addressing the key issues identified on the health survey, and by teaching and advocating for change, counselors aim to re-work the environment into one where students can learn, study, and thrive. Test scores and grades inevitably improve.

It’s an exciting time for those committed to education and change to enter the counseling field. Their leadership role has never more important, or as critical to society, as the present time. If you desire to impact all students within the school system, you should consider getting a master’s degree in school counseling.

Back to the top